Researchers at the Scripps Institute of Oceanography at the University of California, San Diego measured the amount of persistent organic pollutants in 117 yellowfin tuna or light tunas, one of the most consumed globally, caught in 12 different places in the world. Some species of tuna may have up to 36 times more toxic substances than another.
These pollutants are toxic chemical compounds not generally occurring in nature, such as pesticides, flame retardants and polychlorinated biphenyls or PCBs, considered by the United Nations Environment Program (UNEP) as one of the twelve most harmful pollutants manufactured By the human being.

Scientists found a higher presence of these toxic substances in tuna from more industrialized areas, such as the coasts of North America and Europe.
According to the study, 90 percent of clear tunas caught in the Northeast Atlantic and more than 60 percent of fish in the Gulf of Mexico contained levels of contamination that would have triggered warnings from health authorities for certain segments of the population, Such as pregnant and lactating women, among others. 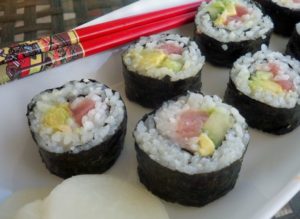 In contrast, those coming from the western Pacific Ocean had lower levels of toxicity, according to the results of the study, which was published in July in the journal Environmental Health Perspectives.
One of the main issues arising from this study, according to lead researcher Sascha Nicklisch, is related to «the possible dangers associated with the presence of these chemicals in our food sources.»
The scientist said that all the fish analyzed had a certain level of contaminants, although in most cases that level was within what is considered safe.

But for some of the contaminants detected there was no regulatory information in the United States to be able to make estimates of consumption recommendations.
It is not known in detail what impact it can have on health, as it depends on the amount of exposure to toxic substances.
The tuna analyzed in the University of California study, Thunnus albacares or light tuna, is the second most caught after the Katsuwonus pelamis or skipjack. 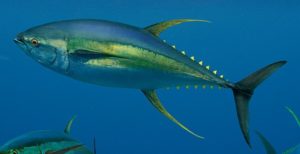 These yellowfin tuna are found in the waters of tropical and subtropical seas around the world, but unlike their bluefin relatives, they tend to spend a lifetime in the same region.

That is why researchers were able to determine that their geographical location makes a difference in the content of toxic substances as well as the amount of mercury they have.
Its consumption is often canned or filleted, and is also used for sushi and served raw in sashimi in Japanese cuisine. It is also known by its Hawaiian name «there».

The study led by Sascha Nicklisch suggests that the fishery should be used by consumers as a tool to make decisions and reduce human exposure to these toxic substances.

However, information on the provenance of sea products is notoriously murky.
It is known that fatty tissues tend to have higher concentrations of contaminants, so fish such as salmon and tuna may be more vulnerable to contamination in water, including plastic.

The entry of toxic products into our food chain begins with plankton, which can assimilate contaminants such as PCBs or mercury from marine sediments. From there it goes to the seafood, to the small fishes and to the big ones, and in the end, the man.
In parallel there is a process called «bioamplification»: the larger fish have more mercury in their organism because they devoured many small fish that, in turn, absorbed the chemical that was in their prey.